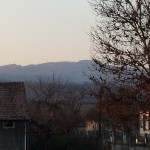 Fort on the Roman Road

For the last 8+ years, Sweetwater has been involved in mission support efforts in the Eastern European country of Romania.

First, they began by “adopting” the Soritau family.  Dr. Ilie “Elijah” Soritau is a professor of theology at the Emanuel University & Seminary in Oradea.    Elijah & Raelene, along with their children  Elisha, Karis, & Victoriana, have visited our church on numerous occasions when they have been in the states. Their youngest, “Tori”, has undergone numerous surgeries and treatments for cancer and is a beautiful miracle of healing today.

In 2006, Pastor Paul, who had been traveling to Romania prior to coming as Sweetwater’s pastor in 2005, returned with Jesse Powers Evangelistic Ministries (JPEM). Bro. Jesse has been an evangelist in SC for many years. In addition, he has been ministering in Romania since the fall of communism in 1989.  In 2007, the door was open for all those who wanted to go on an international mission trip with JPEM to Romania. 18 team members went that first trip, and again in 2008! What a blessing this has been to our congregation.

Because of the connections, friendships, and opportunities that our teams have made in the country, the church has been working closely with Maranatha Missions in Zalău over the past  7 years now. Maranatha is a group of 24 national baptist missionaries/pastors that minister in approximately 34 different village congregations & ministries.  SW has had the privilege of leading a pastor’s conference; a prayer conference; different meetings for children, youth, and ladies; sharing in evangelistic services & concerts; shoe parties; door-to-door witnessing and delivering of food parcels, and the “Tater Toter for Jesus” Project.

In addition, the Youth Ministry has also been involved in the country of Romania. A group went to Camp Emmanuel in 2010 to assist Bro. Cornel Fedor in his ministry to children & youth. Our Royal Ambassadors (RA’s), as well as our entire congregation, helped to send some 200 children to camp over the course of that summer. Praise the Lord! Praise God for the souls that have been touched with the gospel message, with the love and ministry of encouragement

through each one that has gone. Come go with us!!!